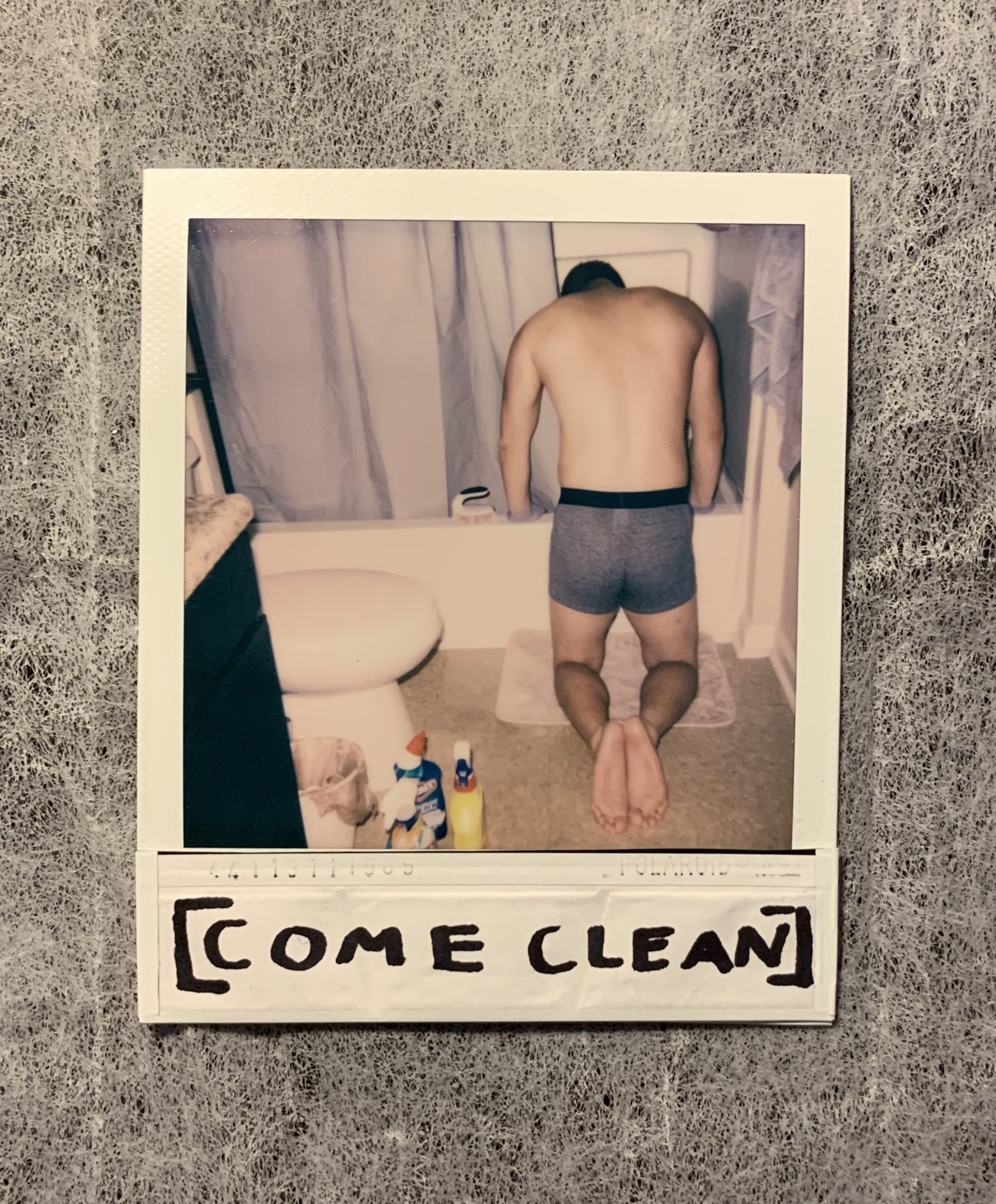 
Joshua Nguyen is the author of Come Clean (University of Wisconsin Press), winner of the 2021 Felix Pollak Prize in Poetry, and the chapbook “American Lục Bát for My Mother” (Bull City Press, 2021). He is a queer Vietnamese-American writer, a collegiate national poetry slam champion (CUPSI), and a native Houstonian. He has received fellowships from Kundiman, Tin House, Sundress Academy For The Arts, and the Vermont Studio Center. He is the Wit Tea co-editor for The Offing Mag, the Kundiman South co-chair, a bubble tea connoisseur, and he loves a good pun. He is a PhD student at the University of Mississippi, where he also received his MFA.

Come Clean, the winner of the Felix Pollak Prize in Poetry as selected by Carmen Giménez Smith, was published by University of Wisconsin Press in November 2021.


EB: Hi Joshua! Congratulations on your debut collection. It’s always so exciting to have someone in our program release a book—even more so while they’re still in our midst. How does it feel to have this book come out while you’re still actively in the community where you wrote many of these poems?

MG: And how does it feel now that the book is officially “in the world” and not a document saved to the cloud or a hard drive?

JN: Hello y’all! Thank you so much for the kudos and for interviewing me! I will try to answer both of your questions at the same time: there is a lot of pride and a lot of fear. There is pride because I love that the main architecture of my book happened during my time here at UM, and pride that during readings, I can segue into talking about how certain poems were written during certain workshops (I constantly reference how my poem “Wisconsin Has a Place In My Heart & I Just Want it to Let Go” was written in a workshop with January Gill O’Neil). I also feel pride in the fact that I’ve had many mentors and colleagues see early versions of these poems, and that I am able to bask in the UM community that made me feel at home.

And it’s been very nice seeing people have my book and post about it on social media. For a while, the entire book felt unreal to me. There was something about constantly scrolling the PDF and sending over various versions that made me feel like it was all part of some elaborate joke or bit. But when I first held an author copy of my book (that Ellie actually now owns!), it felt too real—terrifyingly real. For a while, I was afraid to even read through it all the way. And seeing other people have it—for example, like people in the UM program—exponentially increases that fear, because now there is a tangible thing (that they may or may not like) in their life forever!

It’s hard for me to take a compliment. It’s probably Asian-American-influenced imposter syndrome—and probably trust issues—but any time someone says they like the book, I can’t help but wonder what they don’t like about the book.

EB: I totally understand that feeling. Let’s talk a little more about fear and vulnerability here; there’s a lot of both within the book. How do you approach writing about trauma and anxiety, especially regarding real events in your life? I’d also love to hear about the photos of you in the book—knowing you to be a fairly reserved and self-conscious person, I was surprised and delighted that the pictures had such a central role in the collection. How did you decide to include them and organize them, and what do you hope they add for the reader?

JN: In regards to this book, I never thought that I would be able to write some of these poems because I tucked them away in the corner of my memory for so long. But once I thought about the metaphor of compartmentalizing/cleaning, and thinking of Mitski and Marie Kondo as aspirational goals for the speaker, I was able to write about a lot of trauma knowing I could lean on the metaphor for my own personal safe-keeping.

I also took a lot of creative liberties with these poems that are rooted in memory. For example, I have never been to Wisconsin! With these liberties, I’m able to create some distance from the real and to look at a poem objectively in order to effectively edit it.

Thanks for asking about the polaroids! I’m proud of them! It started off as a marketing idea I had for the book before the book even won the Felix Pollak Prize. Then, my partner Elisa Fuhrken helped me stage each photograph (she took them in the dark since the exposure was always too bright on my camera). I think they can be read as a visual marker of vulnerability for the speaker. The photos were inspired by the late photographer Ren Hang, who would often take nude photographs of Asian bodies in very visceral and exposed ways. I wanted to channel that type of photography and mix it with this idea of the quotidian that is prevalent throughout the book.

I am also thinking about Natasha Tretheway and her use of the sonnet and incorporation of ekphrasis work. The sonnet is the Polaroid of poetry: In both mediums, there is an image, or feeling, that is captured. There is an urgency in the economy of lines in the sonnet and the economy of the number of Polaroids one has in a camera. The urgency or constraint of each can create productive tension.

I wanted the Polaroids in my book to provide a tension between silliness, vulnerability, and the domestic. In the Polaroid that begins the first section of the book, some people see a figure cleaning a bathtub, throwing up in a bathtub, or praying over a bathtub—I liked the fluidity of the image, and it parallels this idea of fragmented memory that recurs in the poems of the book. How to return to a memory, or a moment, can give off different feelings or visual cues.

MG: I love that—the fluidity of the image. A few minutes after reading this response for the first time, I’m still thinking about the sonnet being the Polaroid of poetry, which has me thinking more about form. In Come Clean, you engage with so many traditional poetic forms (aubade, haibun, cento, pantoum, ghazal) and also with forms of your own making (“Google Calendar for My Imposter Syndrome” and the American Lục Bát poems, which adapt the Vietnamese Lục Bát form). I also once heard you say (in Beth Ann Fennelly’s Form, Craft, & Influence class) that “structure” was your main mode of crafting poems, so I’m really interested in the way you approach the architecture of a poem. Can you talk a little about your relationship to poetic structures and forms, perhaps in relation to themes of clutter, tidying, and organization which the book explores?

JN: I think I grew up as a pretty competitive kid. So I am always drawn to games, or really any sort of challenge. So I like to think of different poetic forms as different games with their own rules. And the challenge of learning the rules and implementing them excites me! I think giving myself some type of constraint in certain poems allows for a kind of pressure that can produce something polished. If I stare at a blank page, hoping to write something, the vastness of the blank page can be overwhelming. But if I begin with a constraint, it can help me narrow my focus more easily.

In terms of the forms in Come Clean, the speaker strives to become “clean” or more “tidy.” And I wanted to enact this drive towards organization through the use of some poetic forms. The speaker is trying to declutter themself while the writer is trying to declutter the line. Of course, once I had that architecture for the book, I could also juxtapose the idea of untidiness within a very concise form—or I can do the opposite, and have the idea of tidiness while the enjambment of the poem seems to have a chaotic order. I think about my poem, “A Failed American Lục Bát Responds,” and how the rules of the form break down as we get deeper into the anguish found in that particular poem. The form breaks down as the speaker breaks down.